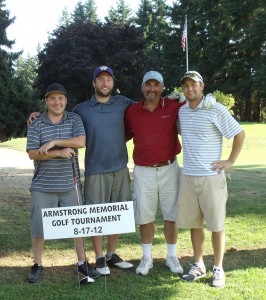 Armstrong, who died in 1999, compiled a legendary career at Snohomish High, where he was the head football coach for 32 years (1963-94) and retired as the winningest high school football coach in state history.

Administered by the Snohomish Education Foundation, the renewable scholarship pays $1,000 a year for up to four years of college for each of the two annual recipients.Â  With as many as eight recipients on scholarship in any given year, the Armstrong Memorial Scholarship fund pays out as much as $8,000 annually.

The foursome of Fritz Schott, Kyle Schott, Charlie Bourdline and Brandon Pye took top honors on the golf course, winning a pitch-off after carding an 18-under-par 54 in the four-man scramble format. 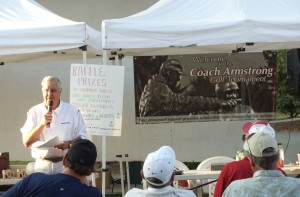