Itâ€™s hard to think the old coach would be anything but pleased with the selection of Carolyn Gravelle and Darian Caldwell as the first recipients of the Keith Gilbertson Sr. Memorial Scholarship at Snohomish High School.

The two 2012 SHS graduates, both stellar scholars and athletes coached by Gilbertson before his death in 2011, share lofty aspirations as they independently look forward to starting college this fall at the University of Washington. Carolyn, daughter of Tim and Sarah Gravelle, was one of six SHS valedictorians with a perfect 4.0 grade-point average and intends to pursue a pre-med degree, with thoughts of becoming a pediatrician or pediatric surgeon. Darian, son of Mark and Lisa Caldwell, graduated with a 3.97 GPA and intends to study engineering and perhaps work for the Boeing Company. 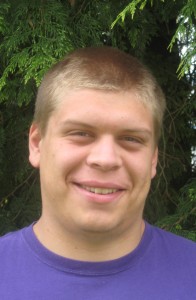 â€œIâ€™m thinking engineering â€“ mechanical or aerospace â€“ but Iâ€™m open to change if I find something I like more,â€ said Caldwell, already a Sigma Chi fraternity pledge. â€œI have lots of friends whose dads work for Boeing, and they all say theyâ€™d love to have me there.â€

â€œIâ€™ve always liked children,â€ Gravelle said of her interest in pediatrics, although she added that she remains open to other disciplines in medical school.

The 6-foot-5 Caldwell earned 10 letters in three sports at Snohomish and was a rare four-year letterman in track, where he threw the discus, shot put and hammer. A three-year starter in football, he was an all-conference tackle as a senior as well as the teamâ€™s Most Valuable Offensive Lineman and a team co-captain. He was also a three-year letterman in basketball, picking up spot starts as a senior center.

Caldwellâ€™s father, who played college football for Keith Gilbertson Jr. at Idaho, was a Lynnwood High grad, but the family has long ties to Snohomish, and Darianâ€™s grandmother was a good friend of Gilbertson Sr. while growing up and used to baby-sit Keith Jr.

â€œI used to see him every day in football at the tackling (drill) station, and both me and my dad talked with him quite a bit,â€ Caldwell said of Gilby Sr. â€œWe talked mostly about football and my plans for the future, but he also talked about my grandparents and all the good times that they had.

â€œI was super excited to get it,â€ he said of the Gilbertson scholarship, which provides $1,000 a year for up to four years. â€œCollege is going to be expensive, and everything helps. I also got a couple (scholarships) from the Panther Moms, for football and basketball, and my family is helping me a lot. 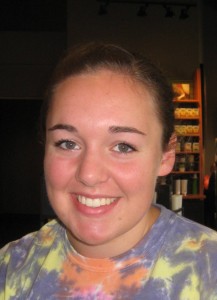 â€œI have an aunt whoâ€™s giving me some money now, and she said I could help one of the next ones down the line.â€

Gravelle qualified for significant UW financial aid based on her academics, and she will start college as nearly a sophomore based on credits already earned from Advanced Placement courses. But she was equally thrilled to receive the Gilbertson scholarship, both for the honor and the financial boost.

â€œItâ€™s an honor to be chosen because of all the basketball girls he knew and worked with, and the tons of football guys,â€ Gravelle said. â€œGilby was kind of like a grandpa to me. He really meant a lot to me, and he was an awesome person in the community.

â€œHe led us in warm-ups at (basketball) practice, and had a wealth of knowledge,â€ she said. â€œAfter he left us, we all missed him and wanted him back.â€

Like Caldwell, Gravelle was a National Honor Society scholar. She also served as German Club treasurer and helped mentor future Panthers as a member of the schoolâ€™s Link Crew working with incoming freshmen and Panther Pals working with grade-schoolers. Standing 6-1, she was a three-year letter winner in both basketball and track and also played volleyball for two seasons. In track, she was a two-time Panther Pride award winner and a team co-captain as a senior weight thrower, when she was also voted Most Inspirational and finished a career-best third in the hammer at the state championships.

Gravelle plans to continue her athletic career at Washington by throwing the hammer as a walk-on member of the Huskies track team. Caldwell said he might join her as a walk-on hammer thrower, but he doesnâ€™t see himself trying to walk on as a UW football player.

â€œIâ€™d like to get through college with as few injuries as possible,â€ Caldell said.

To learn more about and make a donation to help permanently endow the Keith Gilbertson Sr. Memorial Scholarship, click here.