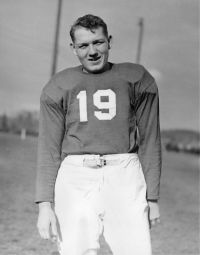 While never a pro talent, Keith Gilbertson still has to rank among the best athletes ever produced at Snohomish High School.

Among the few four-year letter winners in SHS history, Gilby earned his first â€œSâ€ as a ninth-grade tennis player in the spring of 1942, advancing to the district singles final, which would remain the high point of his tennis career. 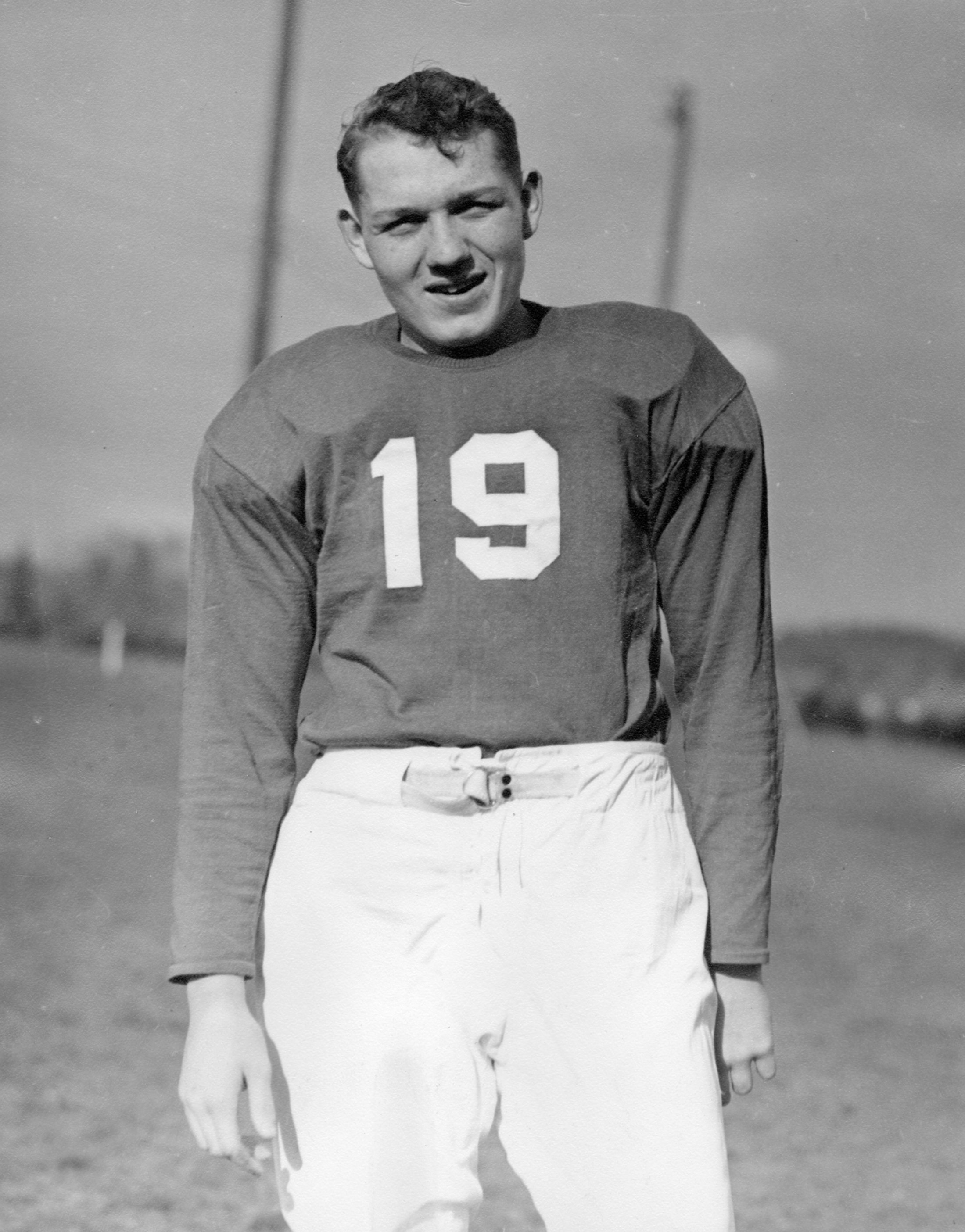 Keith Gilbertson was a two-time Most Inspirational player for the SHS football team. (Gilbertson family archives)

He lettered three times in football, starting at center and linebacker as a sophomore and junior and at fullback and linebacker as a senior. The Panthers won County A League championships all three years â€“ their first football titles since the 1929 season â€“ and in Gilbyâ€™s senior year they added their first Northwest A League title in addition to the county crown. That 1944 team, the first unbeaten/untied team in school history,Â  went unscored upon in league play, outscoring opponents 200-0 en route to setting a school record for wins (9) and matching the record for shutouts in a season (8).

Gilby served as team captain in 1944 and was voted Most Inspirational as both a junior and senior, becoming the first Panther to twice earn that distinction. Teammates marveled at his football mind and declared him a veritable coach on the field.

“He always knew what play to call”

â€œKeith knew his own assignments and everyone elseâ€™s too, which was the key to our offense,â€ tackle Bob Schick of Wasilla, Alaska, said in a fall 2009 telephone interview. â€œWe all understood the game, and as things happened, if a lineman identified a weak point on the other team, heâ€™d pass that information back to Keith in the huddle, and he always knew what play to call. I think we outsmarted most of our opponents. It was very seldom that we had a play sent in to us.â€

Asked in 2009Â  to recall any favorite football memories of his own from high school, GilbertsonÂ  recounted his thoughts from the season-opening kickoff of his first varsity game: â€œI can remember running down the field and saying to myself, â€˜Iâ€™m gonna make this first tackle,â€™ and I did.â€

The Panthers allowed points in just three games during Gilbyâ€™s junior and senior seasons, blanking 14 of 17 opponents. Sixty-five years after the fact, Merv Boyes of Monroe still had crisp memories of playing Snohomish.Â  â€œI remember getting hit by Keith Gilbertson. Nobody hit harder or played harder than Keith Gilbertson,â€ he said.

Gilbertson also lettered twice in basketball and played a starting role in 1944-45 on a Senior Seven-led team that went 24-6 and finished sixth at the state tournament â€“ Snohomishâ€™s highest state finish to that point.

While earning his fourth tennis letter in the spring of his senior year, Gilby doubled up to earn his 10th school letter as a weight thrower on the track team.

He later played freshman football at Washington State but a head injury during spring ball as a sophomore ended his playing career and turned his attention to coaching.