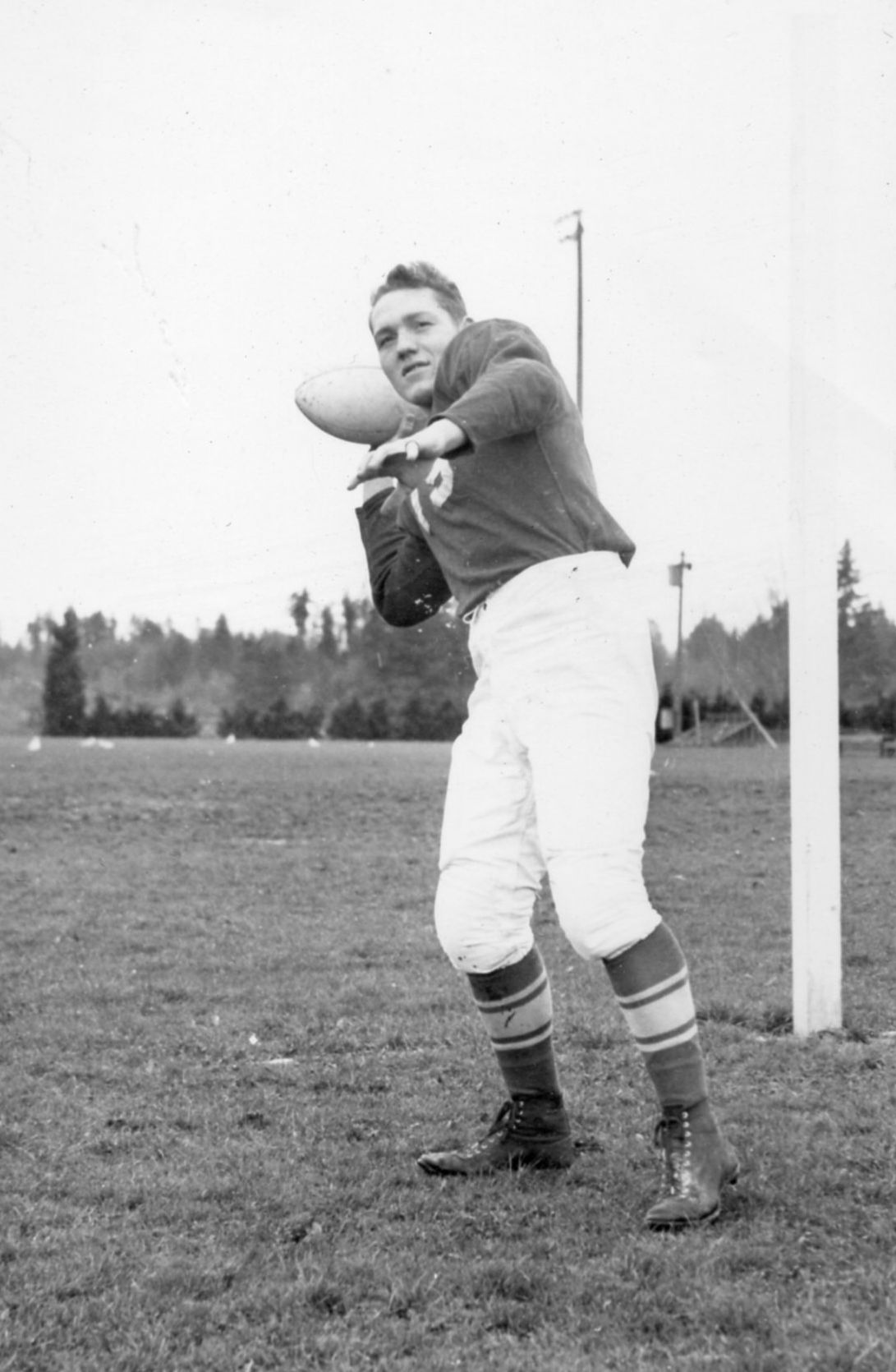 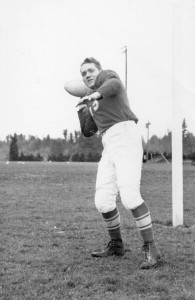 Keith Gilbertson ran the offense for the 1944 Snohomish Panthers as a wing-formation fullback. (Gilbertson Family Photo)

Gilby remembrance from Dick Rodland, former SHS teammate and longtime teaching and coaching colleague, excerpted from a 1993 letter in support of Keith Gilbertsonâ€™s nomination to the Snohomish High School Hall of Fame:

In 1944, no one talked about using computers to determine the tendencies of an opposing football team. They didnâ€™t have one? Wrong! The Snohomish Panthers did. More amazingly, it was carried out on the field for every practice and every game. It wasnâ€™t heavy and it fit nicely inside one of the helmets. How did it work? We really didnâ€™t understand that. How was it used? Easy question to answer. If, on the way from the huddle to the line of scrimmage a player was not sure of his blocking assignment, he simply asked it and received the answer. If a play was run for â€œno gain,â€ the computer had the â€œmissed blockâ€ diagnosed in time for a â€œchewing outâ€ prior to the calling of the next play. Impossible? Nope. That computer not only fit inside the helmet, it fit on the inside Keith Gilbersonâ€™s uncanny football-oriented brain.

Stan Bates received the credit, and rightfully so, of coaching that team to an untied, unscored upon and undefeated league championship, but the â€œcoach on the field,â€ all-league Keith Gilbertson, contributed mightily to the efficiency of both the offensive and defensive teams of 1944.