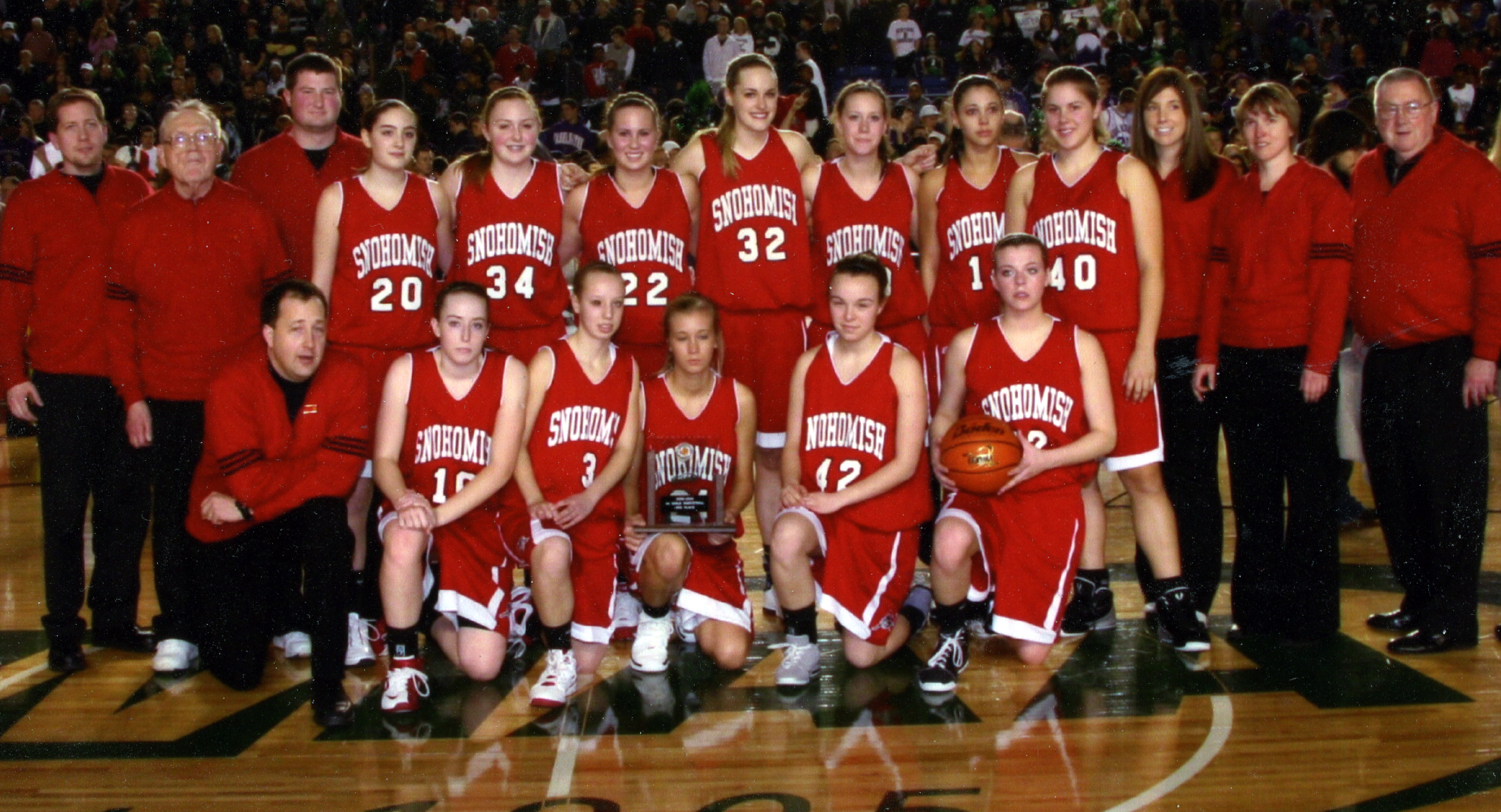 Never think that Keith Gilbertson Sr. was merely an iconic figure trotted out to provide inspiration to would-be Panthers. Even in his 80s, Gilbertson made significant contributions to the Snohomish High athletic programs he helped coach.

Yes, age took a physical toll on him, and he shouldered less of the workload on game nights in recent years. In 2010, he even reserved a few Saturdays for his own use to watch his grandson 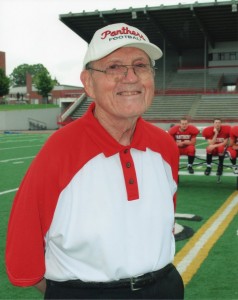 Keith Gilbertson was a fit 82-year-old at the start of the 2009 football season. (SHS photo)

David play football at Washington State.Â  But until the end of his life, he still worked regularly with the SHS football teamâ€™s running backs, and provided meaningful support as a bench coach for the girls basketball team.

His biggest impact, however, may well have been in the area of conditioning, where he never stopped learning and was a recognized genius.

Head football coach Mark Perry cited one example. Where football players once were subjected to 100-yard sprints at practice, Gilby introduced a better regimen that more closely resembled actual football play. Instead of sprinting a specified distance, players are directed to run all out for just 5 to 8 seconds â€“ mimicking the time of an actual play. Then they get 25 seconds to jog back to position for a second run. They repeat that cycle 25 times, and Perry says doing â€œ25/25sâ€ equates to about a full quarter of game play.

“Rather than training them like track runners, he got us training to be football players,â€ Perry said.

â€œHis ability to be ahead of the curve in the conditioning phase was always huge.â€

Gilbertson also developed and led the conditioning regimen for the girls basketball team, which has twice reached the state final under current coach Ken Roberts, a 1986 SHS grad who had Gilby for a coach in football and basketball.

â€œThe first 15-25 minutes of every practice were given over to him to work the kids out â€“ running, stretching and doing various drills. He always came in with a notepad. Everything was written down, and it was different every day,â€ Roberts said. â€œThe girls started calling that time â€˜Gilbicizingâ€™ and they loved it.â€

Roberts, who coached boys basketball before taking over the SHS girls program in 2000, recalled how Gilbertson helped him see valuable differences in the training of girls.

â€œI used to work them out hard every day before Gilby started asking me, â€˜When do you really want them to work hard?â€™ At first I said â€˜every day,â€™ but then he kept asking, and I finally said, â€˜in games.â€™ Then, he says, â€˜Train them to work hard, but back off a little from time to time to make sure theyâ€™re healthy enough to do it on game days.â€™

â€œThereâ€™s a ton of colleges out there that still donâ€™t get that (premise).

â€œHeâ€™s the reason weâ€™ve had so few ACL and stress-type (fracture) injuries in our program,â€ Roberts said. â€œAnd I think our kids have just been in better shape and physically stronger in the fourth quarter.â€ 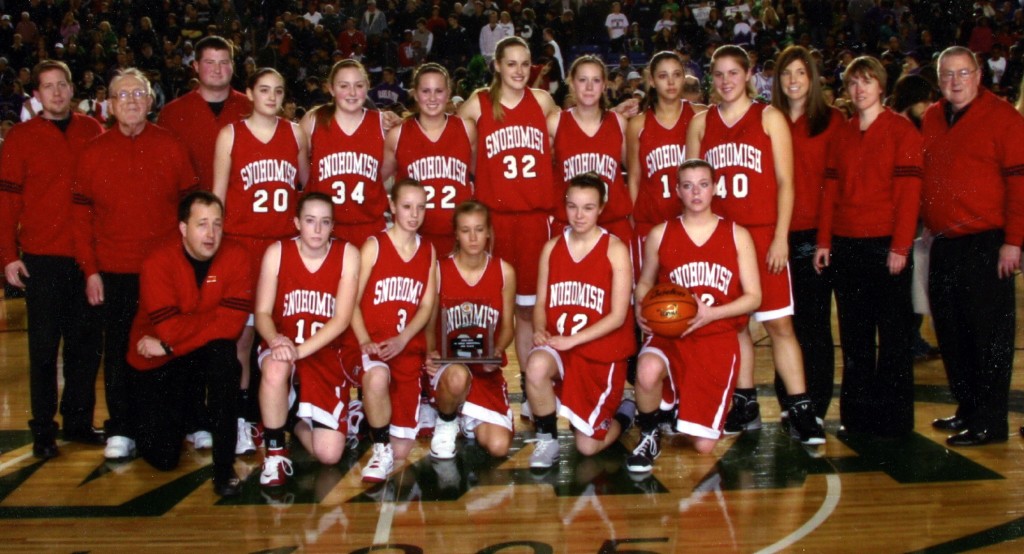