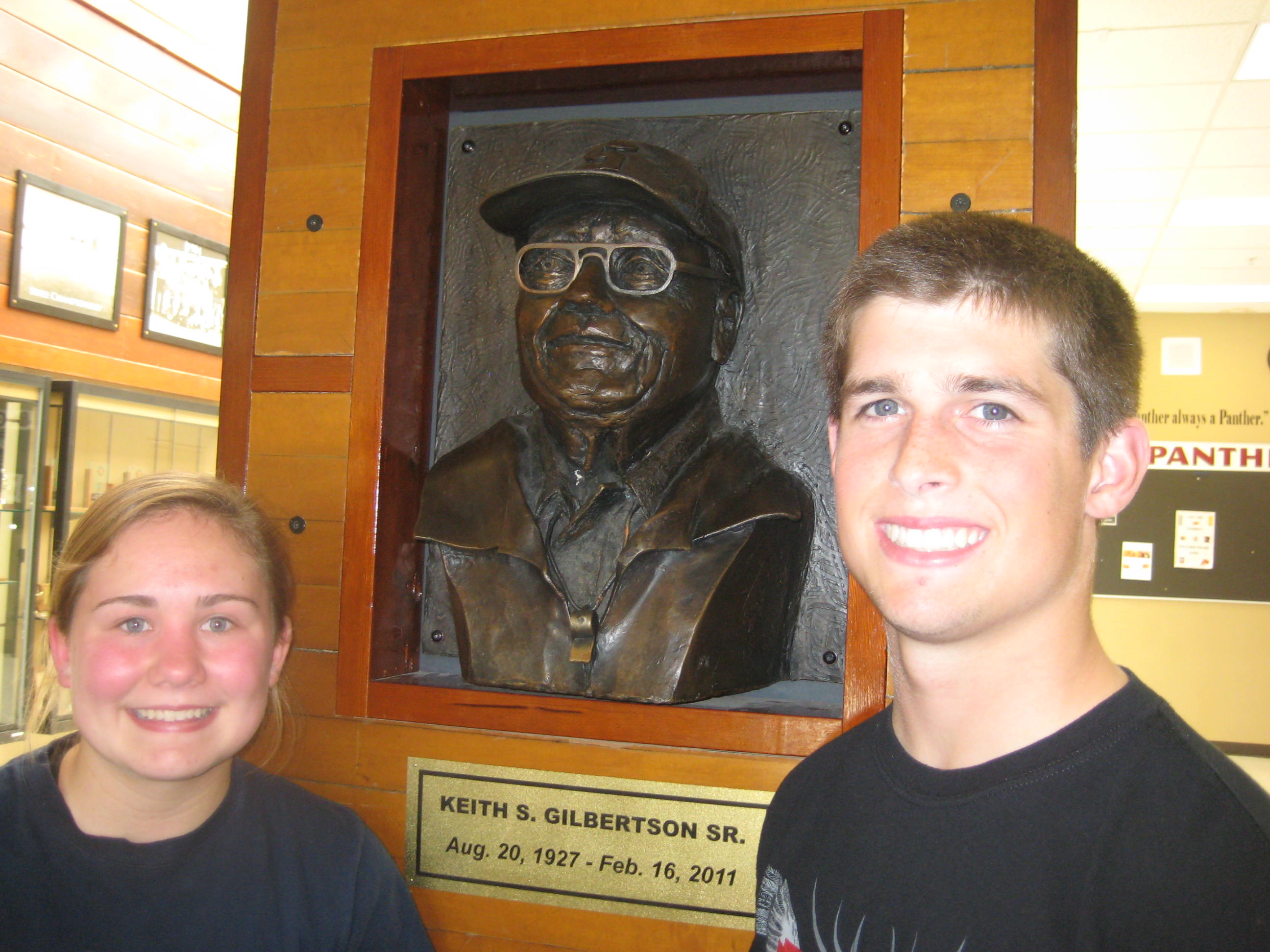 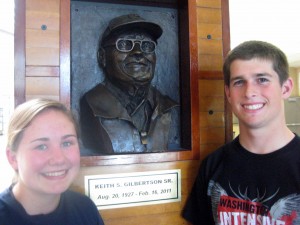 The two SnohomishÂ High graduates have been named 2013 recipients of the Keith Gilbertson Sr. Memorial Scholarship, and both intend to use the money– $1,000 per year for up to four years of college — to help pursue teaching careers in hopes of impacting others the way Gilby impacted them.

Morgan, daughter of Charles and Michelle Green, is heading to Gonzaga with an ambition to teach high school math. Tanner, son of Mark and Tammy Perry, is bound for Pacific Lutheran with an eye toward a future in special education.

Gilbertson died in 2011 at age 83 after spending 61 years at SHS as an inspirational teacher, coach and role model, including the last 30 years as an unpaid volunteer assistant coach in football and basketball. The memorial scholarship in his name is administered by the Snohomish Education Foundation.

Jay Gilbertson, the coach’s youngest son and a member of the panel that chooses the scholarship winners, said Green and Perry were picked from among some 40 applicants.Â

“Morgan’s the last girls basketball player left that played for Dad, and that’s pretty special,” he said. “And as far as activities Â outside school, as well as academics and sports, both she and Tanner are the complete package.”

Green loves being linked to the coach, whom she knew as a member of head coach Ken Roberts’ girls basketball staff during her freshman and sophomore years.

“It’s a huge honor, just for the type of man that he was and being honored for something in his name,”Â  she said.Â 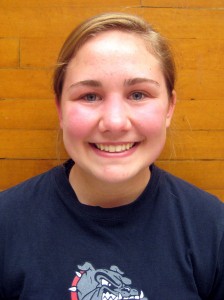 Morgan Green: “Only you can push yourself, no matter what it is you want to do in life.â€ (Keith Olson photo)

“I remember when we all went to visit him in the hospital (in 2011) and he knew every girl’s name, from junior varsity to varsity. The personal connection to each of us was amazing. He made every player feel important and that he cared about them.”

A four-year starter in both soccer and basketball, Green was named the Daily Herald’s Area Player of the Year in girls soccer, where she was a three-time all-conference pick as well as a second-team all-state pick, two-time team MVP, team co-captain and Most Inspirational and Coaches Award winner as a senior forward and center midfielder. She was also a two-time co-captain in basketball, where she played point guard.

Green, who boasts a 3.93 grade-point average and also received an academic grant from Gonzaga, was a National Honor Society scholar all through high school as well as a Panther Pal for area grade-schoolers and a member of the LINK Crew, helping incoming freshmen become acclimated to Â high school. Â She has a summer job lined up at the Utterly Sweet frozen yogurt shop and will also volunteer this summer as an SHS soccer trainer and weight-room instructor for both soccer and basketball players.

Green said she chose Gonzaga as much for the faith aspect of the Jesuit school as for Â its academic rating.Â  She’s mulling a chance to try out for the Bulldogs women’s soccer team, but right now academics — “I really enjoy doing math” — is her college priority.

“I’d like to become a teacher because it’s a great opportunity to have an impact on other peoples’ lives,” Green said. “With all the (SHS) teachers and coaches I knew, Â I had a super experience in high school, and I’d like to help other kids have a similar experience.”

Asked about the most memorable thing she picked up from Coach Gilbertson, Green said,Â “Hard work and being the best you can be. Only you can push yourself, no matter what it is you want to do Â in life.â€ 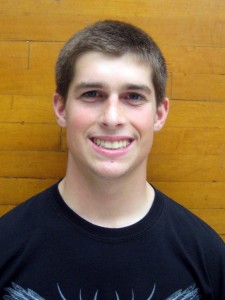 Tanner Perry: “No matter what you’re doing, do it right the first time and then put in the reps.” (Keith Olson photo)

Perry’s father was the SHS head football coach from 1995 through last season, and Tanner grew up knowing Gilbertson as the backfield coach on his dad’s staff.Â

“Coach Gilbertson is someone I looked up to my whole life,” he said. “I hope to be like him and influence kids the way he did.

“I Â learned a lot from him about sports and life. One of the biggest things: No matter what you’re doing, do it right the first time and then put in the reps. But do something you like, make sure you enjoy it and have fun.”

A three-year letterman in football, wrestling and golf, Perry earned all-conference honors in the latter two sports and was also a team captain in football and wrestling as well as the team’s Defensive MVP in football and a second-team all-conference linebacker. As a senior, he placed eighth at 152 pounds at Mat Classic XXV. His golf handicap stands between 7 and 8, and he’ll stay on course this summer working on the grounds crew at Snohomish Public Golf Course.

A National Honor Society scholar with a 3.98 GPA, he was also a Â two-time state Wrestling Academic Champion,Â  a Snohomish County Football Officials Scholar-Athlete and a recent award winner from the Comcast Foundation’s Leaders and Achievers Scholarship Program. He was also honored for community service Â by the Masonic Lodge, served as an ASB Class Senator for four years and was a Panther Pal and a member of the LINK Crew.Â

Â PerryÂ also helped draft state legislation in a government class to benefit students with special needs and took his work to the Washington Interscholastic Athletic Association to help expand opportunities for those with special needs. That effort helped make him one of the first two recipients of theÂ Smart Choices Scholarship from the WIAA. He also earned an academic grant from PLU, where he intends to keep playing football and golf.

Perry’s interest in advocating for special needs students stems from his friendship with Ike Ditzenberger, a football teammate with Down syndrome who two years ago became a YouTube sensation for a late-game touchdown run against Lake Stevens.

“Ike was a big inspiration to that,” Perry said. “He was my first true exposure to someone with special needs, and I just love hearing what he thinks of Â life and his experiences, Â and I love working with kids like that.”