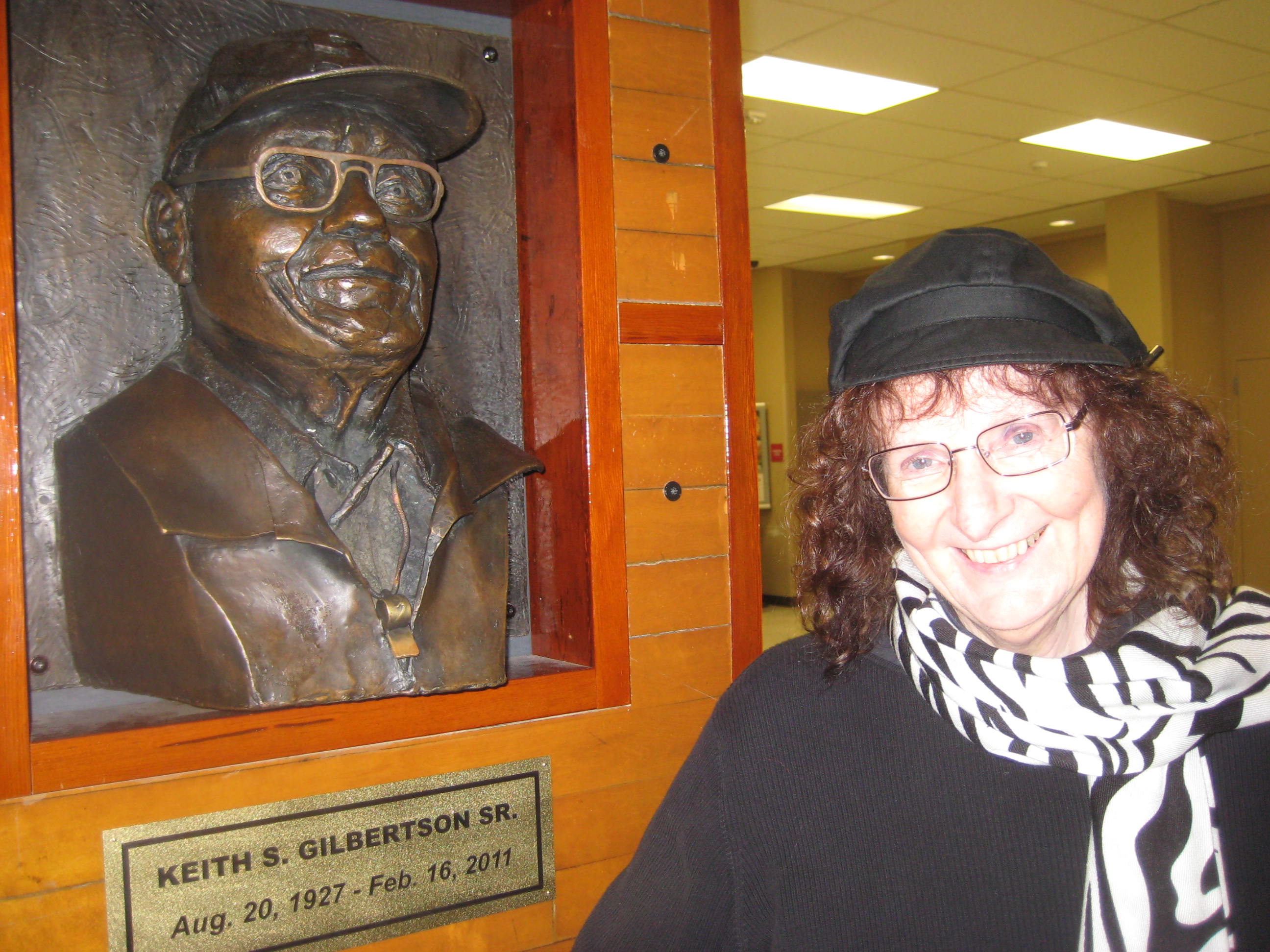 The Seattle Seahawks coach and former Snohomish High football great joined the Gilbertson family and several hundred Panther fans,Â  including a host of other former SHS athletes back at their alma mater on Friday night Jan. 18, 2013, to help honor the legacy of the man acclaimed as The Greatest Panther Ever.

Keith Gilbertson Sr., a 1945 SHS graduate, spent 61 years as a respected Snohomish High coach, educator and role model, including the last 30 as an unpaid volunteer coach, prior to his death in February of 2011 at the age of 83. 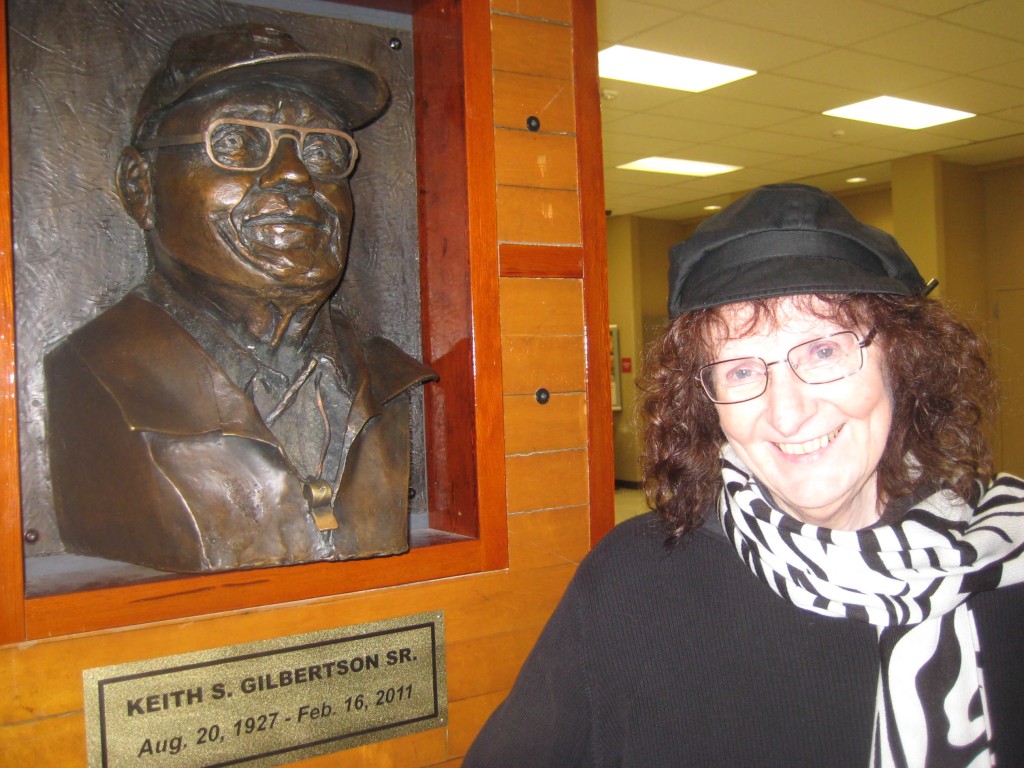 Sculptor Louise McDowell poses with the bronze bust she fashioned from a photograph of Keith Gilbertson Sr. (Keith Olson photo)

The bust by sculptor Louise McDowell was officially dedicated during halftime of a Snohomish girls basketball game against Mount Vernon. It remains on permanent display in the foyer of the SHS gym facing the west entrance to the Keith Gilbertson Sr. Sports and Fitness Center.

Gilby Jr. thanked all for coming out and pronounced everyone associated with his dad over the years as symbolic family members.

Marsh spoke of Gilby Sr.â€™s genius as an athletic trainer and his devotion to the many athletes and students he impacted over the years.

Gilby Sr. was a volunteer assistant coach with the SHS girls basketball team for the last 16 years of his life, and worked with this yearâ€™s seniors when they were freshmen and sophomores. Head coach Ken Robertsâ€™ players did their part on dedication night, recovering from a sluggish start to dispatch Mount Vernon 47-34 despite an emotionally draining week that saw junior standout Callie Harwood undergo surgery for an abscess on her brain.

To become part of the Gilbertson legacy with your name on one of the donor recognition legacy plaques, click here.