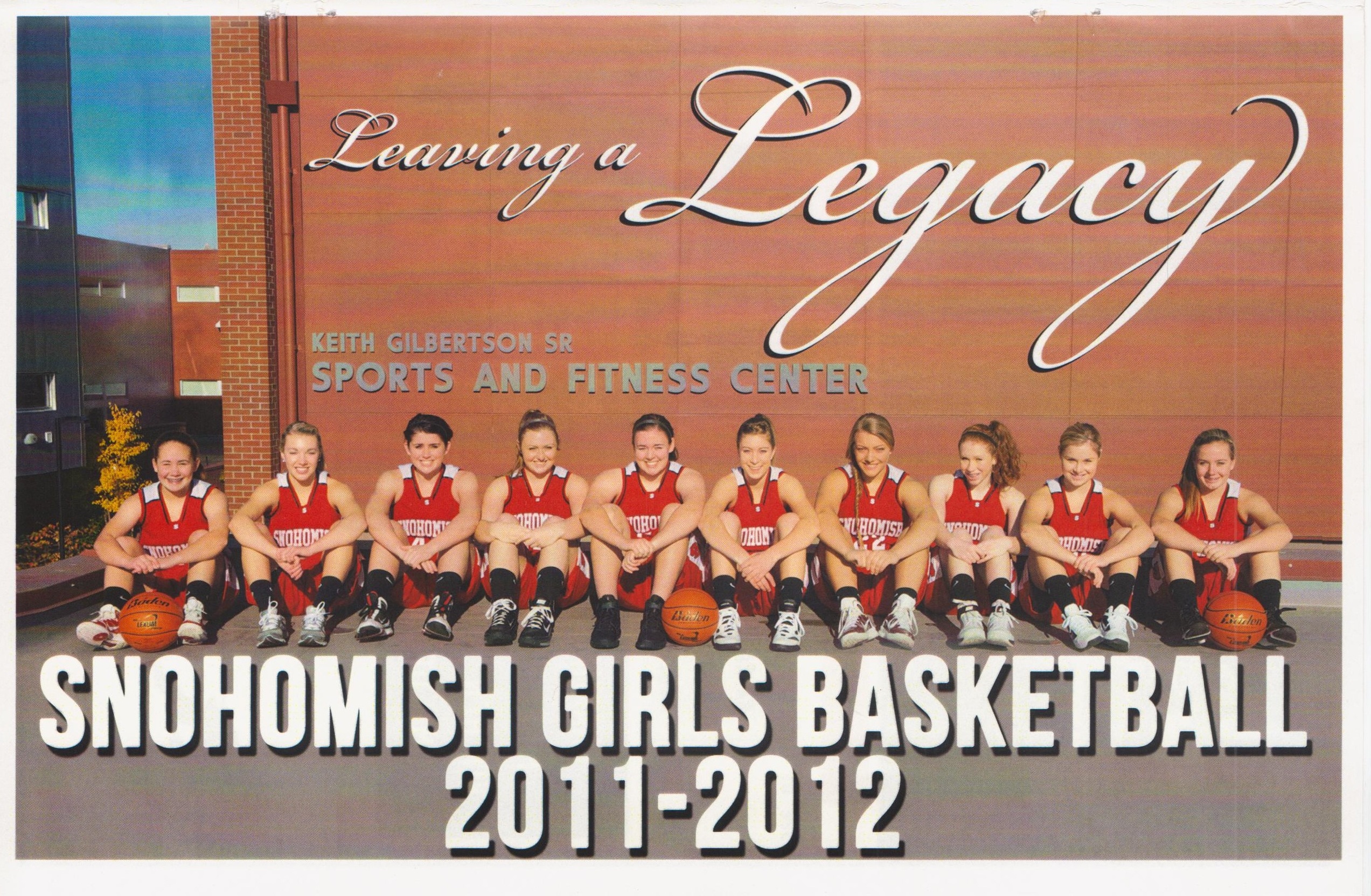 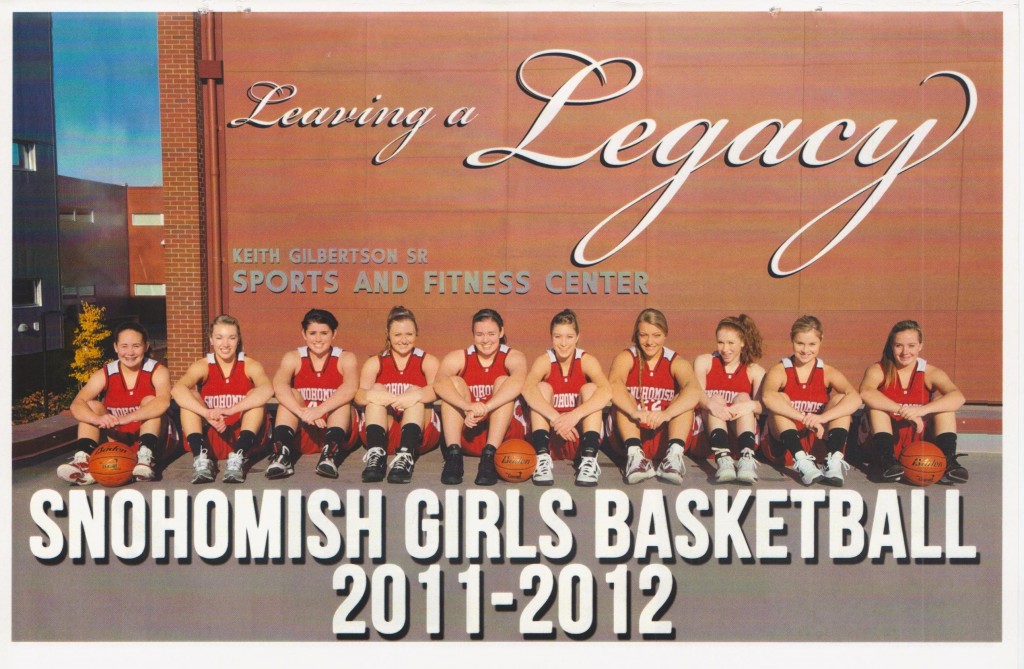 About a year ago, head coach Ken Roberts’ 2011-12 Snohomish High girls basketball players adopted the season slogan “Leaving a Legacy” in memory of Keith Gilbertson Sr., who had died nine months earlier at age 83 in his 61st consecutive year as an SHS coach.

To mark the dedication at their home opener, the Panthers wore and distributed t-shirts bearing their slogan and an image of Coach Gilb. Also, the Snohomish Girls Basketball Booster Club created a video that was shown at halftime featuring testimonials about Gilbertson from former standout players who knew him as an assistant on Roberts’ coaching staff.

Among the video highlights:

To view the entire booster club video, click here. Coach Roberts did most of the camera work. Video editors were Kody Sparks and Conner Brennick.

To view the message Coach Roberts wrote to girls basketball fans in the “Leaving a Legacy” program, click here.

To make a donation toward endowing the the Keith Gilbertson Sr. Memorial Scholarship at SHS permanently, click here.