The following scholarships areÂ tentatively available to Snohomish High School, AIM and Glacier Peak High School seniors graduating in 2012 pending completion of our fall round of contacting all our scholarship donors for any updates they wish to make for their 2012 awards.

One of the most popular scholarships administered by the Snohomish Education Foundation, the Coach Armstrong Memorial ScholarshipÂ provides $1,000 a year to each of two graduating seniors from Snohomish High School and Glacier Peak High School. The scholarship is renewable annually, so recipients are eligible to receive $4,000 during their four years of college.

Ironically, because Coach Armstrong passed away in 1999, many young people todayâ€”even those benefitting from this scholarship fundâ€”may know very little about this very successful and beloved football coach. Dick Armstrong came to Snohomish High School in 1963 as a biology and physical education teacher andâ€”unforgettablyâ€”as head football coach.

Armstrong retired from Snohomish in 1994 with 272 career victories, making him the winningest coach in Washington State high school football history at the time. In his 32 seasons at Snohomish, he compiled 243 wins. His teams won two state championships and won or shared 16 league titles, including 13 straight from 1976â€“88. This period is often referred to as the â€œArmstrong Era.â€

Armstrong received many honors while coaching at Snohomish. In 1977, the Everett Herald named him â€œMan of the Yearâ€ in sports. In 1978, he was named the Washington State Football Coach of the Year by the National High School Coaches Athletic Association.

Armstrong was best known for his â€œtough loveâ€ approach to the game. He would push his athletes hard and demand they leave nothing on the field. But the key to his ability to motivate was that his players knew Armstrong genuinely cared about them.

Former Armstrong players and other SHS alums have teamed up with SEF to create the Coach Armstrong Memorial Scholarship fund in Coach Armstrongâ€™s memory. Scholarship recipients are Snohomish School District graduates who Coach Armstrong would have lovedâ€”athletes who are highly competitive, determined to win, and willing to put in the hard work required to perform at a high level. In many cases, these are kids who might not otherwise go to college, without the scholarships. 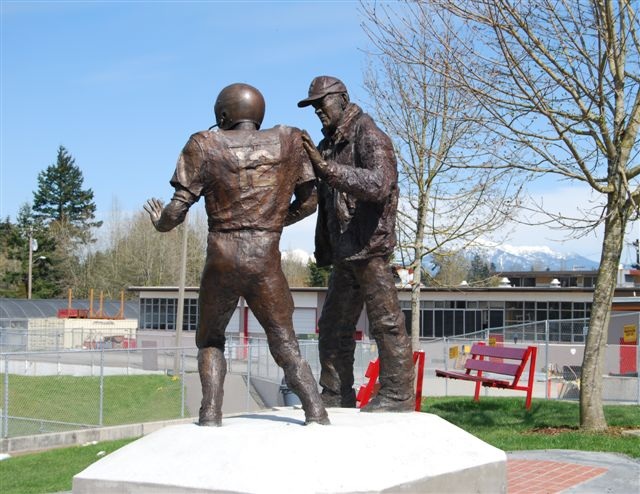 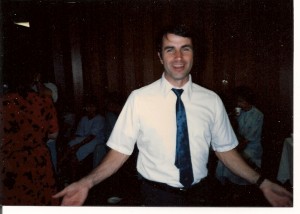 Tim at a Shultz Family Reunion in the early ’90’s

Tim died of melanoma at age 50. His memorial service was held in the gymnasium ofÂ the middle-school where he last taught, the only place large enough to accommodate 1,000 people. He had founded a trombone octet of other band teachers, and they played at the service with tears streaming down their faces. Judy, Tim’s sister, spoke at the service about being with him when he died in a clinic in Mexico. After the service, a man came up to her and gave her a lapel pin with crossed Mexican and U.S. flags. The man was a Mexican immigrant, and his son had a beautiful singing voice. Tim hadÂ believed in him, constantly encouraged him, and told him, in middle school, that he would sing in Carnegie Hall one day. The father wanted Tim’s family to know that the year before, his son had sung in Carnegie Hall.

Tim lived for his students and seemed to love the â€œscreechy beginningsâ€ of the middle school band each year. By the end of each year, the band gave an amazing performance that was flawless. His final performance was six months before he died. At the graveside service, the Oregon National Guard Band marched in playing â€œSaintsâ€ in New Orleans style, his favorite kind of performance. Two officers folded the flag they had carried in, and tucked his retired trumpet mouthpiece in its folds.

There could be no greater delight for Tim than to know that promising and talented students are following the path he followed,Â to becomeÂ music educators, with the help of his scholarship.

The Keith Gilbertson Sr. Memorial Scholarship provides $1,000 a year per recipient for college expenses of two graduating seniors from Snohomish High School. The scholarship is renewable annually. Each recipient is eligible to receive up to $4,000 for four years of college attendance.

The scholarships are awarded from the Eileen and Keith Gilbertson Memorial Endowment Fund. Invested for growth and income, this endowed fund assures the Gilbertson scholarships will always be awarded and available for eligible Snohomish High School student-athletes. The fund honors the lifetime achievements of Keith Gilbertson Sr. in his many different roles as a model Panther for 61 years. Eileen Gilbertson gets credit for a lifetime of support, including shooing her husband back to the football field to continue coaching after his retirement from teaching in 1981.

Eligilibility
Eligibility for the Keith Gilbertson Sr. Memorial Scholarship is determined by the following criteria:

For More Information
Click here for more information about the lifetime achievements of Coach Gilbertson.

Past Recipients of the Memorial Scholarship
To read about the 2012 scholarship recipients click here.